04 Oct 2016 ▪ 0 Comments
Fisher’s Linear Discriminant Analysis (LDA) is a dimension reduction technique that can be used for classification as well. In this blog post, we will learn more about Fisher’s LDA and implement it from scratch in Python.

If we project the 2-D data points onto a line (1-D), out of all such lines, our goal is to find the one which maximizes the distance between the means of the 2 classes, after projection. If we could do that, we could achieve a good separation between the classes in 1-D. This is illustrated in the figure on the left and can be captured in the idea of maximizing the "between class covariance". However, as we can see that this causes a lot of overlap between the projected classes. We want to minimize this overlap as well. To handle this, Fisher’s LDA tries to minimize the "within-class covariance" of each class. Minimizing this covariance leads us to the projection in the figure on the right hand side, which has minimal overlap. Formalizing this, we can represent the objective as follows.

The main part of the code is shown below. If you are looking for the entire code with data preprocessing, train-test split etc., find it here.

The code is pretty self-explanatory if you followed the theory above and read the comments in the code. Once we estimate the parameters, there are two ways to classify it.

Gaussian Modeling
In this method, we project the data points into the \(d^{\prime}\) dimension, and then model a multi-variate Gaussian distribution for each class’ likelihood distribution \(P(x | C_{k})\). This is done by calculating the means and covariances of the data point projections. The priors \(P(C_{k})\) are estimated as well using the given data by calculating \(\frac{N_{k}}{N}\) for each class \(k\). Using these, we can calculate the posterior \(P(C_{k}|x)\) and then the data points can be classified to the class with the highest probability value. These ideas are solidified in the code below.

I have added some random noise to the y-value of the projections so that the points do not overlap, making it difficult to see. Plotting the projections for the entire data, the figure looks something like this. 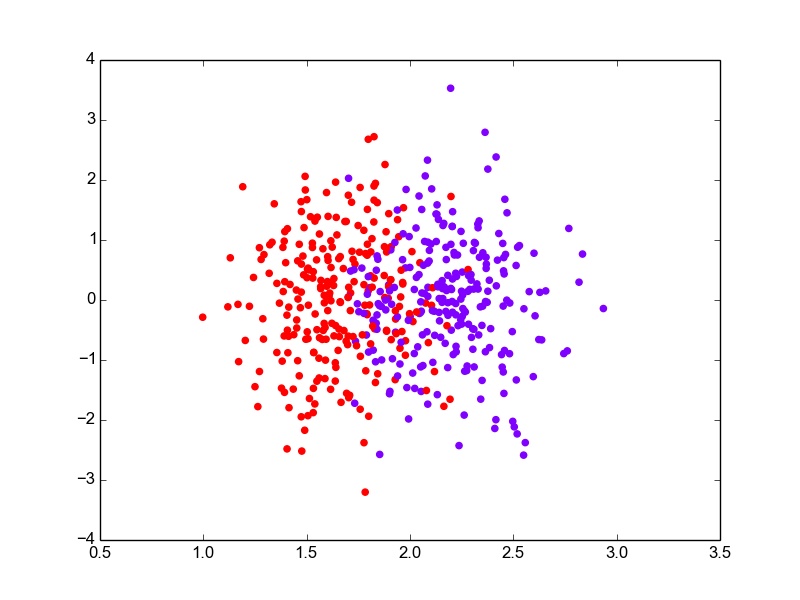 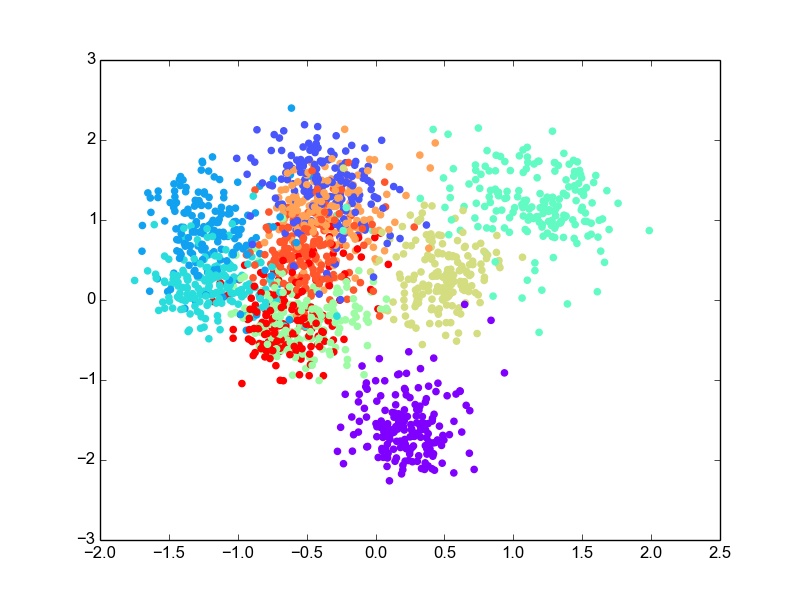 Though there is overlap in the data in 2-D, some classes are well separated as well. The overlap is expected due to the very-low dimensional projection. I think given this constraint, LDA does a good job at projection. I thought it would be fun to plot the likelihood gaussian curves as well. So here is the code to do that and the plot obtained. 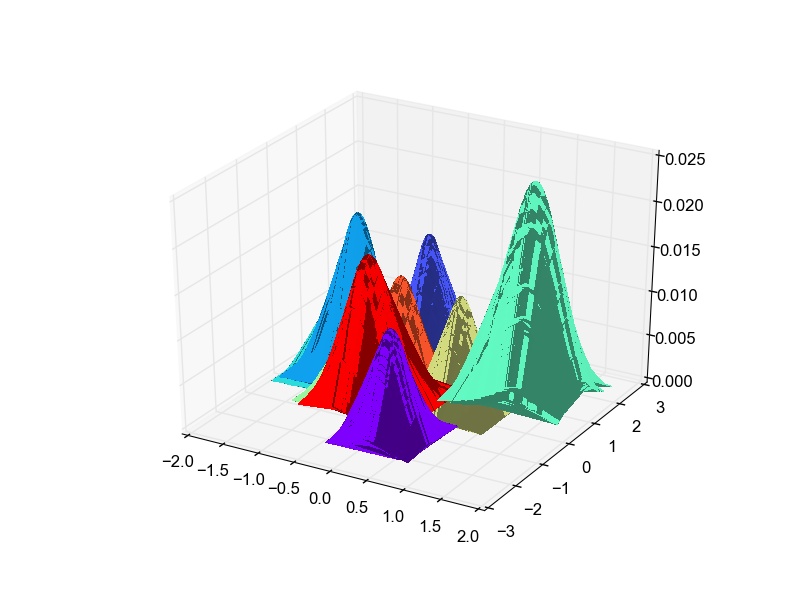 Hope this was fun and helpful for you to implement your own version of Fisher’s LDA. If you would like to run the code and produce the results for yourself, follow the github link to find the runnable code along with the two datasets - Boston and Digits.