04 Jun 2016 ▪ 0 Comments
Autoencoders are a data-compression model. They can be used to encode a given input into a representation of smaller dimension. A decoder can then be used to reconstruct the input back from the encoded version. In this blog post, I will share how I built an autoencoder in the library Lasagne. I will use the MNIST dataset for illustration.

Let's build a simple model with an input layer, a hidden (encoded) layer and an output layer.

First, let's get done with the imports and define model parameters.

Next, define a function to generate batches of data.

Now, we will use the above model. I have the MNIST dataset dumped in a file using pickle. The data is normalized to be between 0 and 1, and reshaped to be of shape (784, ) from the original (1, 28, 28). After loading the dataset into train and test variables, we proceed to train the model.

We train the network for 50 epochs. After that it seems to reach a reasonably good error of 0.023. Now we will plot the images and visualize the results.

This is what we get. 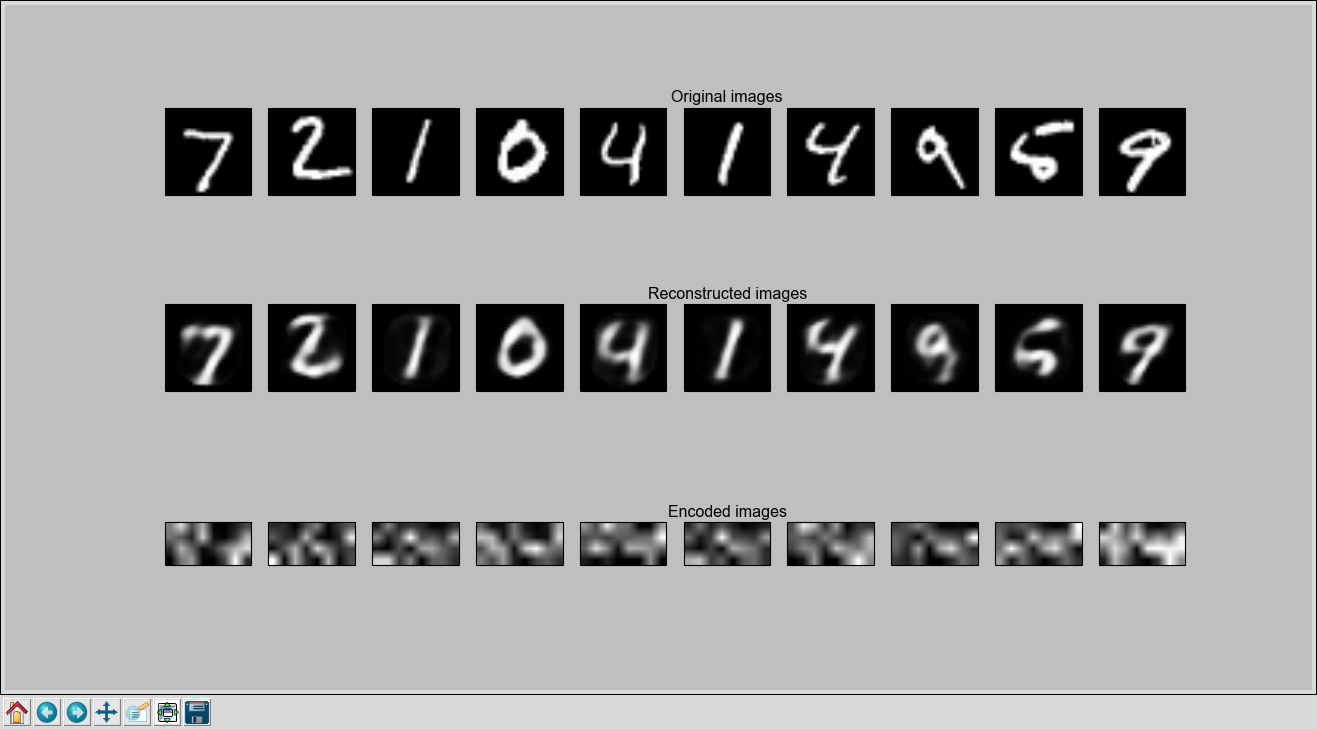 The autoencoder does a rather good job at learning encodings and reconstructing the digits from them. The last row shows the 32 dimensional encoding learned for each of the ten test images (in a 4x8 sized image).

Find the entire working code for this autoencoder in Lasagne on my github.